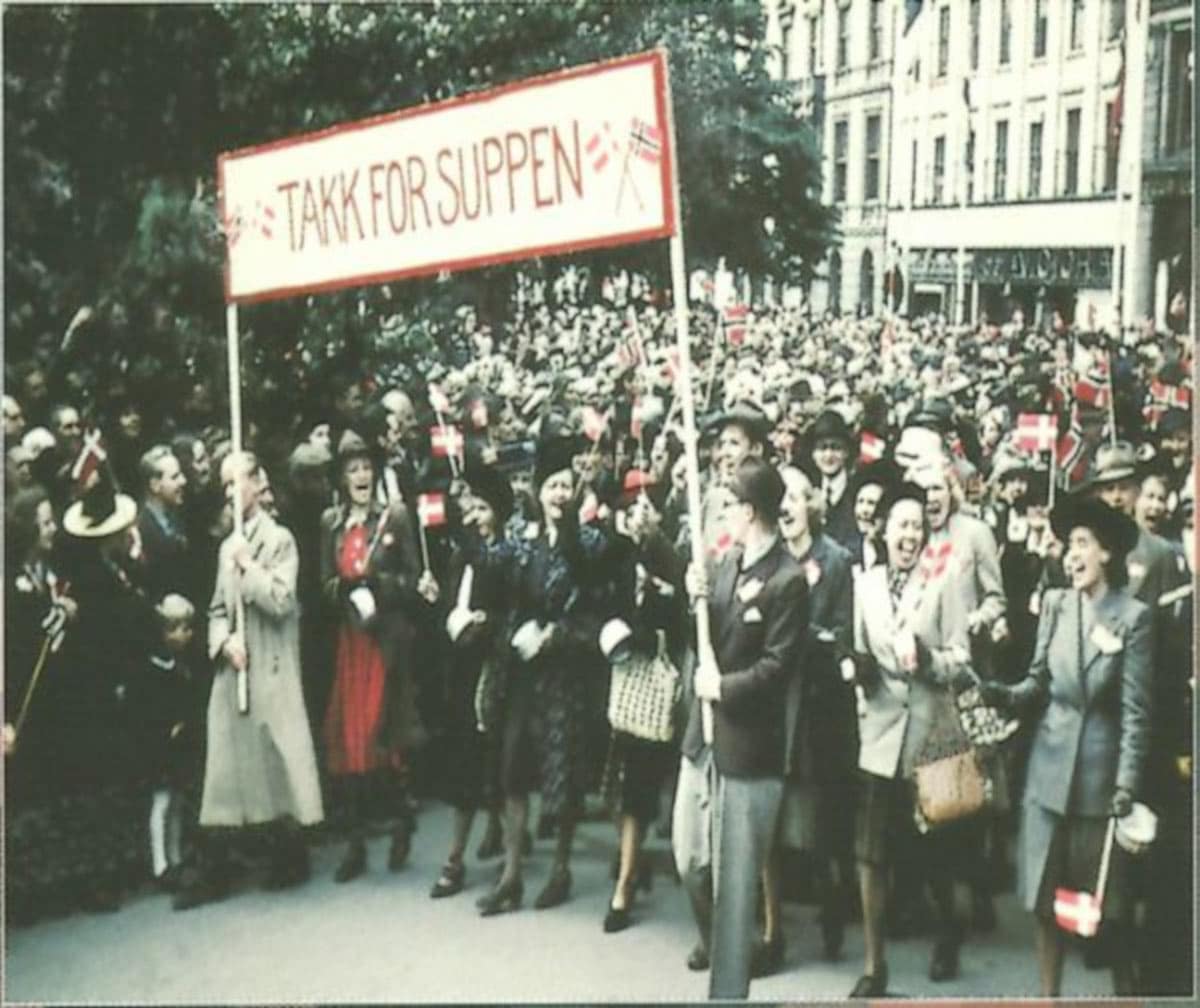 The fondation for Danish-Norwegian cooperation

Lysebu’s history is founded on values ​​such as generosity, gratitude and consideration. These values ​​sit in the walls and inspire us every single day.

The story behind the Foundation for Danish-Norwegian cooperation is inextricably linked with Norgesjelpen/Danish Aid during the Second World War. During the war, a group of Norwegians in Copenhagen, led by Borghild Hammerich, took the initiative for a nationwide fundraising campaign for Norwegians, who had significantly less access to food than the Danes. The funds collected were used for foodstuffs such as oats, preserves and potatoes etc., and this was sent across the Skagerak by ship. The aid reached a large number of Norwegians all over Norway, and settlements after the war showed that more than 42 million Danish kroner was spent on Norwegian aid. This corresponds to approximately NOK one billion in today’s currency, making the collection the largest humanitarian fundraising campaign in Denmark ever. In total, more than 32,000 tonnes of food products were sent from Denmark – which corresponds to approximately 10 kg of food per inhabitant in Norway. After the end of the war, the leading figures of Norwegian Aid wanted to continue the cooperation between the neighboring countries, and on 1 March 1946 this was confirmed in the form of the foundation of the Danish-Norwegian Cooperation Fund. The start-up capital for the cooperative organization came from funds that were left over from Norwegian Aid. The foundation’s headquarters became Lysebu near Oslo, which in 1947 was donated to the Danish people in gratitude for their support. The Foundation got a Danish home in 1950 through the purchase of Schæffergården in Gentofte outside Copenhagen.

The fondation for Danish-Norwegian cooperation

Lysebu is owned by the Danish-Norwegian Cooperation Foundation. The foundation’s purpose is to work for increased understanding and cooperation between Denmark and Norway. We realize the purpose by, among other things, providing support for stays for individuals and groups at Schæffergården near Copenhagen and Lysebu in Oslo. Schæffergården and Lysebu are owned by the Foundation for Danish-Norwegian cooperation, and all income from the operation of the two hotels goes directly to realizing the Fund’s objectives. This means, among other things, that the Fund provides support for approximately 6,000 scholarship days each year to students, teachers, researchers, artists and others who apply for residence to find peace of mind at work, exchange or learn about the neighboring country. In addition, the Foundation also offers cultural offerings in the form of exhibitions, concerts, author talks, plays and conferences on various themes.

The business can be divided into the following types of activity: – Courses, where the places welcome groups from the other country and prepare a program for them. – Seminar, with participation from both countries and a program with topics of common interest. – Residence grants, for individuals and groups from the neighboring country, and where they themselves set up a program for the stay. – The public sector, which presents themes and artists from the neighboring country to a local audience.

The foundation has a Danish and a Norwegian board. Each board has full responsibility for both the commercial and non-profit activities in their respective country. The boards include representatives from the universities, the school, the church, the arts, business and the working class in each country.